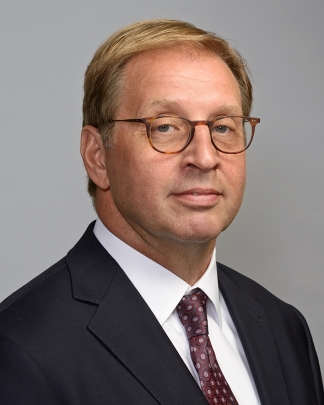 Attorney Schmitt received his Bachelor of Arts degree in business administration and economics from Illinois College in 1981. He later received his Juris Doctorate from the University of Missouri-Kansas City in 1989. He is licensed to practice law in both Kansas and Missouri.

Ben started his legal career working for and founding law firms that focused on business and insurance law. During that time, he was approached by individuals who had been injured in motor vehicle accidents and whose insurance claims had been denied. Deciding that it was more rewarding to represent individuals such as these, Attorney Schmitt now focuses 100% of his practice on personal injury and motor vehicle accident cases, including product defects and insurance bad faith.

Ben Schmitt has been selected to SuperLawyers® in both Missouri and Kansas, is AV® rated by Martindale-Hubbell®, and has a “Superb” Avvo rating. He is a member of the Million Dollar Advocates Forum® and was named to the National Trial Lawyers: Top 100 Trial Lawyers list. He is also a recipient of the Robert C. Welch Award for excellence in pro bono work.

Attorney Schmitt speaks regularly on the topic of trial law and has been published by the Missouri Bar.

Outside of the office, Ben is an avid motorcyclist. He enjoys racing, touring, and motorcross. He uses his love of the sport to fuel his passion of protecting the rights and interests of motorcycle accident victims.

OUR INSIGHTFUL ATTORNEYS KNOW THE INSURANCE COMPANIES’ SCHEMES INSIDE & OUT

The information on this website is for general information purposes only. Nothing on this site should be taken as legal advice for any individual case or situation. This information is not intended to create, and receipt or viewing does not constitute, an attorney-client relationship.